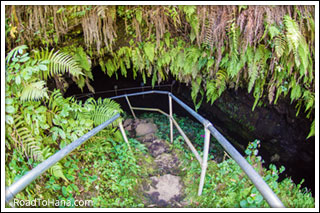 A fun, family-friendly adventure, the Hana Lava Tube offers self-guided tours daily from 10:30am to 4:00pm. The tour takes approximately 40 minutes, costs $11.95 per person and is free for guests 5 years and younger. Entrance includes high powered flashlight. (pricing and hours are accurate as of 11/1/2017)

We recommend wearing shoes with grip, as the cave floor can be slippery and wet.

Formed approximately 960 years ago as a result of molten lava spewing up from underground and flowing toward the ocean, the Hana Lava Tube is one of the most fascinating stops along the Road to Hana. 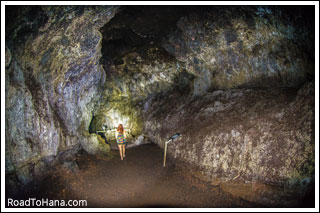 As the lava continued to flow down, the top cooled and hardened to form a crust, allowing lava to continue flowing beneath it for approximately 2 more years. When the lava drained out, a huge subterranean tunnel was formed, now the largest of its kind on Maui and the 18th largest lava tube in the world! They estimate that only about half of the cave has been discovered. 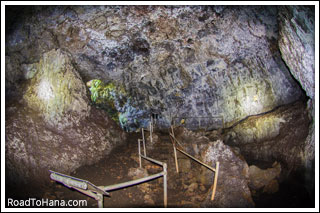 The temperature of the cave ranges between 66 and 72 degrees Fahrenheit throughout the year, and the humidity remains a constant 70%. There are no bats within the cave.

Interestingly enough, cow bones from the old Hana Slaughterhouse were dumped in the cave from 1950 to 1970. The owner of the cave packed out approximately 17,000 pounds of them over a nine month project, and as a result, was awarded the highest award given by the State of Hawaii for Environmental Preservation in 1999.

Also on the property you'll find a Red Ti Botanical Garden Maze, a fun activity for adults and kids alike.

Public restrooms and picnic tables are available, and this is a great place to kick back and enjoy the view after your tour! 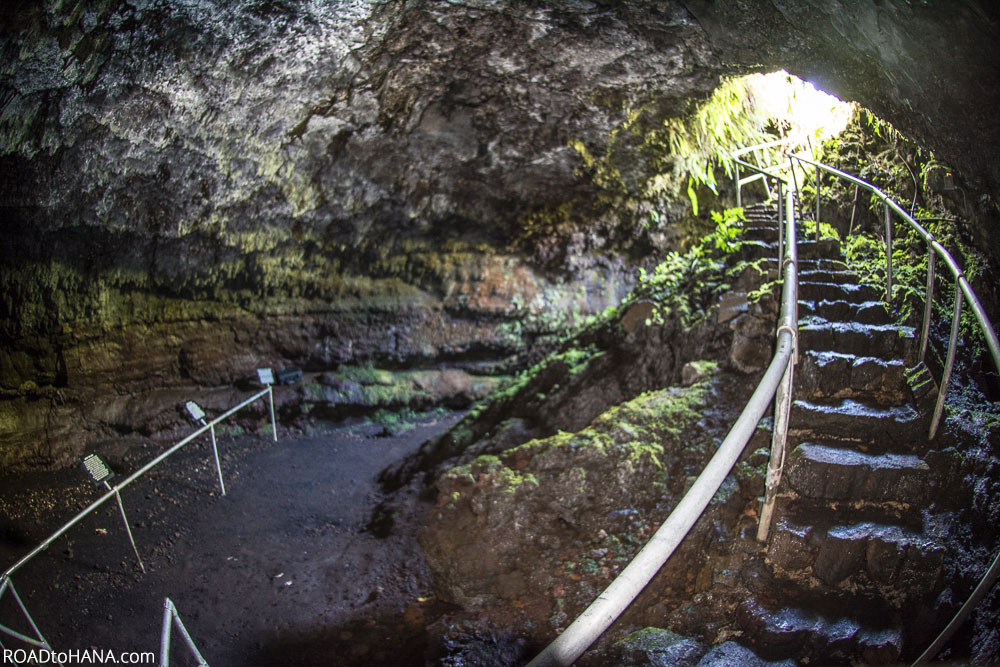 Much thanks to Van James with Ancient Sites of Maui, Moloka'i, Lana'i for the additional insight into Wai'anapanapa. We recognize the use of diacritical markings of the (modern) Hawaiian language including the ʻokina [ʻ] or glottal stop and the kahakō [ō] or macron (e.g., in place names of Hawaiʻi such as Lānaʻi). However, you may notice these diacritical markings have been omitted on some parts of this website to ensure the best online experience for our visitors. We recognizes the importance of using these markings to preserve the language and culture of Hawaii and respectfully uses them in all communications beyond the online platform. Hana Lava Tube photos by Peter Rimkus.